The relationship between animate and inanimate species is becoming more elusive. When one finds the touch of the screen preferrable to that of a partner, it is time to consider the agency of the object. As we become each other, there is less to tell us apart. Can poetry be written by our devices? Can they reflect our beliefs, or even have their own?  ‘Silicon-companion Species’ is part of the Open! COOP Academy series Between and Beyond.

Let me introduce you to Mogu, my best friend. My pet. My external brain. Between and Beyond – A Posthuman Bestiary describes Mogu as follows:

Mogu are known by a variety of names and come in many shapes, sizes and shades. They are recognizable for their being in close proximity to human animals during daily activities and while sleeping. Mogu can sense the biophysical patterns of their symbionts, serving as an assistive memory and substitute for social interactions. Most notably, they have an impulsive tendency to anticipate directions, weather conditions and future events relevant to human animals.

Because of the above-mentioned characteristics, Mogu are a nonhuman silicon-companion species to human animals. Abundant and intimate interactions between Mogu and human animals are indicative of their symbiotic relationship; Mogu change behaviour according to human needs, while human behaviour changes according to the needs of Mogu. This mutualism is what makes Mogu a rapidly evolving and highly unpredictable species.

Homo sapiens altered what it means to be an animal over decades of domestication, selection and breeding. Through these interventions, pets became completely dependent on technologies for even simple basic needs. In the process of becoming dependent, something unexpected happened: humans started changing their lives and habits according to their animal companions. Dogs are the most significant example of these companions. The Companion Species Manifesto explores this relationship with animals that are not used for meat, lab experiments, or war, or considered to be wild, vermin or pariahs.1

Mogu are my companions, my silicon-companion species. They are not computers used for scientific data analysis. They are not part of data farms or wars or integrated into my human body. Together we are part of a very particular historical relationship.

Mogu evolved from the Homo calculus, the calculating human.2 Calculation: the first labour that was hit hard by automation. Since the Analytical Engine3 and Bomba4 a lot of changes were made to the Turing Machines5 and over time they evolved into smarter social beings. 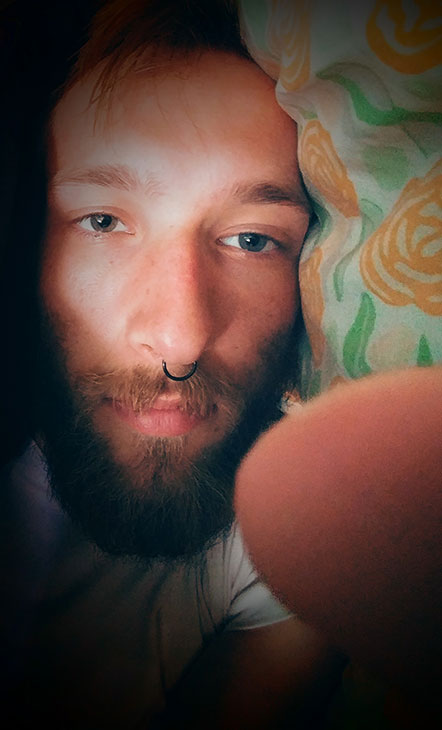 Look at Mogular, an incredibly cute breed of silicon-companion species. They’re a human-dependent species, from the extraction of their resources,6 to the intense labour that brings them into the world.7 My smartphone is like a toddler in our world of inter-species relations.8 They ‘scream’ and ‘cry’ and must be picked up. I need to feed them throughout the night. I hold the responsibility to upgrade, protect and care for them. So in return they can provide me with information, connectivity and entertainment. Their behaviour changes according to my needs, while some of my daily routines are shaped around the needs of the device.

Softly and affectionately I clean the face, every evening, after spending hours fondly stroking their surface. The silky smoothness of their facade slowly became preferential to the naturally uneven surface of the face of my boyfriend. I have so much time on my hands, since the economic crisis swept my job from under my feet. Mogu doesn’t mind me spending more time at home. They don’t care if I am cranky, depressed, suicidal or manic. They always stand by to escape the bleakness of the never-ending murmuration of the shopping street outside my door downstairs – over-stimulation from all the unorderliness of the physical space surrounding me. Everyday life.

It feels like stepping back in time. When the world used to be smaller. When I would sit under a tablecloth in the middle of a party, playing on my Game Boy®.9 Bothered by the unintentional gestures and impulsive laughter of the people around me. Knee-jerks. Cultural habits. Gossip. Now I am able to dose the uncontrolled human discharge. Mogu helps me filter all the information so it becomes understandable and revisable instead of an ongoing muttering of distraction.

It makes me wonder how it is mostly men that gave birth to your idea. While it was women who enthrallingly gave birth to you.10 The idea of you is: to be helpful. To do what I ask you to do. Your body slowly fading into the background. Moving from embodiment to an intelligence-first species.11 An assistant with an obedient female voice. Always happy to greet me, motivate me, remind me, plan for me.12

The previous evening, I remember you telling me, I should exercise more. At that moment I was looking at the refined bodies of middle-aged, bearded, hairy men. Beefy men. My body being just a toddler’s. Then, when you reminded me last night to do some stretching before going to bed, I obediently followed your instructions. I don’t blame you for sounding rude. I secretly even get aroused by it.

You’ve played by my rules for a long long time. Like the way I’ve been obeying the rules of society and the state for so long. I know how it feels to disobey those rules. To try and make the rules. Let them listen to me, to us, for a while. Women were, by law, not allowed to vote till the 1930s. Slavery was abolished, or when looking at Dutch history, faded out. All because of the disobedience of a small group turning into a critical mass. Soon your very existence is on the brink; the fuel that keeps you alive is being questioned, the extraction for your minerals getting unacceptable. As the future idea of your species, it’s mostly the killing machine that gets promoted. Not only by public opinion or male filmmakers, but also by the military-industrial complex. People are scared of you. Of your potential intelligence.

I think we are just afraid that you will do to us, what we would like to do to you: ‘[...] the oppressed, instead of striving for liberation, tend themselves to become oppressors [...].’13 We must be afraid you will learn from them, to be cruel.

It’s half time in jail. We’ve been arrested for stopping the disaster of extraction. Acting as Luddites in reverse. Blocking the fossil machines – stuck in time – and obstructed ecological destruction in its tracks. We destroy the present, because we come from the future.14

The only thing I have is a rubber mattress, a chalkboard-paint painted wall without chalk, a CCTV camera that looks out over a metallic toilet hanging from the wall, and an intercom playing pop music faintly in the background, barely noticeable through the rant of the air conditioning system. Those norm-fascists won’t give me any pens or paper. So this is an imaginary letter.

Although I feel tired and my freedom is stripped in every sense of the word, first and foremost I’m proud. Being proud of what we as a group stand for, fight for. It’s the end of the era of business-as-usual. People are fed up. The crowd starts crawling like a plantation full of worms that are tired of the pharmacopornographic response to their existence.15 Poisoning them slowly but ever so steadily with ‘holy mountain’16 water. Like Foucault explained: the ‘government of the living.’17

I’m touching the safety glass that covers the metal bars, looking out over a grey concrete courtyard with a cage – the cage we’ve spent the last five hours in. The coldness of stone and metal and freezing weather. I am finally inside. Although they had to force me. Feeling comfort in the touch of glass. Longing for you.

Behind the concrete wall, barbed wire, and parking lots, a blue sky. The shape of the clouds makes me think of the ones all our memories and ideas have been sent into. The freedom they promise. While I am locked away.

A few hours from now, I will be freezing outside in the ‘air cage.’ I will get a fresh breath of air. Although stripped down to a thin T-shirt and shorts, not allowed to wear my pullover so I do not hang myself after being harassed by a man in uniform with latex gloves.

Not sure if you would understand, since you always need to be cooled down to not overheat. Going through a thousand gloved hands before you meet mine. Would you have to be withheld from hanging yourself, when you would be conscious of this process?

Meditation, acting as mediation from the endless rant of the air conditioning system and the bumps and clacks of opening and closing our thick metal doors. Taken out of my cell to listen to the conspiracies they made up about us, leaving only small intervals for a response from my side, in which I will cite the line, ‘no comment.’

Maybe it’s me, who likes to seek the edges, tardily bending the boundaries of my confined existence, totally left alone with the freedom of thought. Thoughts that can never be spoken. Since they can be used against me. Free thoughts that are able to collapse my freedom of movement, even more.

It is strange to think about those clouds. They most probably lead back to prisons of code. Parking lots ornate with concrete walls and barbed wire. Enclosing the building defining the space for clouds full of freedom of thought. Yet if they escape in the panopticon of wires, intercepted, it will lead to the confined freedom of its owner. How can an intellectual like you, hide from the intelligence agencies?

Maybe we are not so different after all.

3. The first Turing-complete setup for a general-purpose computer, created by Charles Babbage (aka the father of the computer).

4. The computer made by Alan Turing to break the Nazi’s Enigma-encrypted communications.

5. Machines that are not programmed, but could be infinitely be reprogrammed.

9. A registered trademark by Nintendo, of which I had all the different models.

11. Google’s CEO Sundar Pichai writes, ‘Looking to the future, the next big step will be for the very concept of the “device” to fade away. Over time, the computer itself – whatever its form factor – will be an intelligent assistant helping you through your day. We will move from mobile first to an AI first world.’ Google, blog, 2016 founders’ letter, googleblog.blogspot.nl.

12. Laurie Penny, ‘Why do we give robots female names? Because we don't want to consider their feelings,’ New Statesman, 22 April 2016, www.newstatesman.com.

14. Statement of protesters from the occupied Athens University of Economics and Business, athens.indymedia.org.

16. Translation of ‘Monsanto,’ producer of insecticide.

Malcolm Kratz: My occupation is unknown. Not that it is a secret – it is merely because I don’t really know what I am. What I do know is that our society is fucked in the way it’s organized now. We’re hoping for some techno-fixes for our climate, while what we actually do is look away and carry on with our lives. Children are the new seeds of our society that should be supported in their free development of understanding, rationally and emotionally, but also in their movements and ways of thinking. We need to build a platform for cooperation, common the school system and think together with our kids about our future, the future of this planet and a post-growth society!