On the Pleasure Principle in Culture 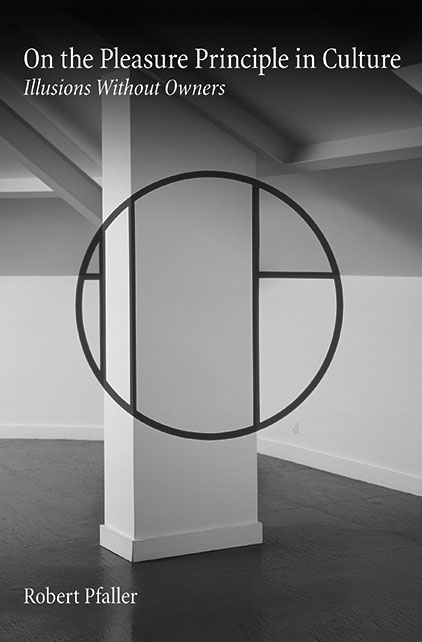 In 1824, Scottish writer James Hogg published The Private Memoirs and Confessions of a Justified Sinner. He tells the story of two illicit brothers, one Catholic, one Calvinist. The first is a happy bigot, the latter a murderous hypocrite. The Catholic’s moral inconsistency makes him an agreeable fellow. He knows how to play along, or let things slide and enjoy a good night out. Not so the Calvinist. Illegitimately fathered by the village vicar, he has grown up to be an embittered zealot. His faith that a good man can do no wrong blinds him to the fact that his righteousness makes him a self-serving monster. Guided by (plot spoiler) the devil himself, in disguise, the Calvinist starts killing whoever challenges his moral superiority, including his faithless brother. So he seals his damnation. The novel is one hell of a good read.

Two centuries later, Hogg's outlook has lost neither its relevance nor entertainment value. Slavoj Žižek has made a success out of counter-reformatory provocations, arguing that “good faith” is for the dangerously deluded while “bad faith” — casual ways of getting through life by dealing with beliefs at arms length, in a “double-hearted” manner — could open the door to ethics. If only we recognised our inconsistencies (aka perversions) for what they are: competencies for handling the contradictions of social existence.

Enter Robert Pfaller. Not content with flamboyant provocations alone, he reworks Žižek's quips in a more systematic manner. His book On the Pleasure Principle in Culture. Illusions Without Owners is an in-depth enquiry into how belief works, and how modern regimes of good faith kill off the skill of taking pleasure in play. Pfaller knows his way around Freud and gently guides the reader along the twisting path of his psychoanalytic reasoning on culture and its discontents. He draws on everyday examples of contradictory behaviour by which people relate to their beliefs and joys. Through a close reading of different studies on faith and games, he then, bit by bit, builds up a conceptual apparatus for theoretically undermining solemn notions of “true belief,” and tactfully redeeming the value of senseless guilty pleasures.

Pfaller's overall diagnosis echoes Hogg's. The Calvinist zealot returns as the neoliberal subject of US-American provenance. Raised on a Protestant codex of self-optimisation, today's ego-worshipper is a fierce ascetic, hell-bent on cultivating a perfect body and soul, always in control, hence incapable of enjoyment – a rigidly faithful consumer, unable to be consumed by happiness.

In retracing the thoughts of psychoanalytic theorist Octave Mannoni, Pfaller shows that the modern idea that exercising faith makes you a better person was unknown to older belief systems. Religion was what you practiced to handle adversities of the outside world. Hence the gods of antiquity offer no “ego ideals,” they are a bunch of unreliable, conniving schmucks. To exercise religion was like performing services for a moody superior: you do whatever the other wants, to keep him in good spirits, even if what he believes you should do, is obvious nonsense. So, in the ancient sense belief is the illusion of the other — the conceit of idiot gods — which one must accommodate. Religion is playacting meant to appease and entertain those delusional Olympians.

Politeness, Pfaller suggests, is a relic of these customs, a nonsensical play staged for others with the genuine power to preserve peace. Likewise, he contends, we enjoy life most when we believe others expect us to, e.g., stop work and have a drink. Time out with the idiot gods means a holiday from the self. Drawing on cultural historian Johan Huizinga's theory of play, Pfaller argues, this is also why, in games, we experience life more fully. The awareness of the absurdity of our actions only heightens the pleasure of performing them, as it permits us to suspend the censorship agency of our better selves. Because we know that it is “only a stupid game” we play it with the “sacred seriousness” reserved for the entertainment of ridiculous divinities. The key to the ancient, flexible approach to belief is hence the eternal bigot's credo: je sais bien, mais quand même — I know fully well, but still …

And why not? If time out from your better self is but a brief escapade, it should be harmless and healthy, no? Among consenting adults? This, at least, is how Pfaller sells it. Appealing to the reader to enjoy more, he presents his findings in the tactful tone of an urban fox sharing advice among grown-ups: Sin a bit. No one will know. What he chooses to not address is the link between individual double-heartedness and institutionalized double-standards. Bigots can relax because conservative societies are built to protect those entitled to slippages from the consequences of their cheats: "I know fully well how lame it is, but why would I sleep with my wife when I can fuck my secretary?" The charm of the bourgeoisie is called discreet for a reason. And what about all the hidden guilt and rancor? As philosopher René Girard never tired of pointing out: traditional religious festivities culminate in sacrificing scapegoats of whom you fully well know that your guilt is not their fault, but whom you therefore massacre all the more merrily (preferredly, if they seem foreign and more ambitiously religious than you). Zealots kill joy, agreed. But bigots randomly crucify others. I would keep an eye on both and run from either.

Jan Verwoert is a critic and writer on contemporary art and cultural theory. He is a contributing editor of Frieze and his writing has appeared in different journals, anthologies and monographs. He is the author of the essay collection Cookie! (Sternberg Press / Piet Zwart Institute, 2014), Animal Spirits –Fables in the Parlance of Our Time (together with Michael Stevenson) (Christoph Keller Editions, JRP-Ringier, 2013), the essay collection Tell Me What You Want What You Really Really Want (Sternberg Press / Piet Zwart Institute, 2010) and Bas Jan Ader: In Search of the Miraculous (MIT Press / Afterall Books, 2006). He teaches at the Oslo National Academy of the Arts, the Piet Zwart Institute and the de Appel Curatorial Programme.